Amicus Spy is the first of a trilogy involving Mark Ryland, the war hero and spy catcher and Ann Beckett, aviator, espionage agent and avenger.

Amicus Spy is a suspense thriller that takes place during World War II. The novel centers around a US naval hero’s hunt of a Nazi spy in the United States posing as an Allied pilot.

The British Intelligence Service, MI-6, has just informed the U.S. that Hitler has inserted a spy within the British Navy. This spy is to determine if the U.S. is building super carriers, the use of which will be to destroy Berlin with nuclear bombs. If the spy confirms the building of these carriers, then Hitler will accelerate the Nazi’s program of building its own nuclear rockets to destroy New York City and Washington D.C.

Mark Ryland, a Naval hero of the Battle of Midway, is reassigned to Naval Intelligence and ordered to find this spy within 30 days. Ryland is very skeptical, and fears he is being set up. Contrary to specific orders not to use any other military or federal agencies, Ryland solicits his best friend, Jimmy Reynolds, an F.B.I. counter-intelligence agent, to help catch this spy.

Ryland is given the use of a plane to fly to various U.S. naval bases to flush out this Nazi spy. The pilot of the plane is Ann Beckett, Ryland’s lover. Because of the war, they have not seen each other for several months. This assignment thrust them together, but their brief interludes are too rushed.

During a social event in nation’s capital, a strikingly beautiful woman approaches Ryland and discloses that she and her associate are searching for the same spy. She knows too much about Ryland’s assignment. He becomes increasingly suspicious as his assignment is top secret.

At the same event, Reynolds is contacted by a U.S. government agent from South America, who informs Reynolds that the Nazi’s SS has sent an assassin to kill a German agent in the U.S. This agent was sent by a top general within the Wehrmacht to negotiate a peace with the Allies if the German generals assassinate Hitler.

Ryland and Reynolds are confused as to why the Nazis would want to kill this Nazi spy. Are there two spies? During their investigation, Reynolds and two British Naval officers assigned to Ryland are murdered. Ryland becomes obsessed with finding Reynolds’ murderer. Now, Ryland trusts no one, including his lover. But he allows her to join his investigation, believing she knows the identity of the spy.

Ryland is unaware that he and Beckett are being followed by two different sets of foreign agents, each determined to kill Ryland.

Ryland fears that his lover is a deep-cover mole for some foreign power. But for whom? He also fears she is using him. But why?

Who is the mysterious woman he met in Washington, D.C.? What connection does she have to the murders of Jimmy Reynolds and the two British officers?

Only Ryland’s adroit skills and gutty determination can keep him alive long enough to capture the spy and find out who murdered his best friend.

The Last Train to Hell

The sequel to The Amicus Spy continues the saga of Mark Ryland and Ann Beckett. They are recruited by the OSS for different, yet very dangerous, assignments. Mark is parachuted into France just before D-Day. He poses as an SS Colonel and works with the French underground to report and disrupt Nazi armor and troop movements.
Ann is parachuted into Holland to work with the Dutch underground. She uses her former name, Anna Becker. She is also to report on Nazi armor and troop movements. Ann is betrayed by a member of the Dutch underground, a former student of her father’s, and is arrested by the Gestapo. She is interrogated by Major Albert Schroeder. With her blond hair and blue eyes, no one suspects that she is Jewish. At first, Schroeder tortures her to obtain information about the Dutch underground.

But Ann remains obstinate and defiant, not providing any meaningful information. During these interrogations, Schroeder becomes infatuated with Ann and begins to sexually abuse her. The assaults are frequent and brutal. But, the same betrayer of Ann informs Schroeder that Ann is Jewish. Schroeder, fearing prosecution under the Nuremberg Laws, ships Ann to Auschwitz to her death.

The Dutch underground informs Mark of Ann’s fate. Mark abandons his assignment, then proceeds on a desperate journey to save this wife. Unfortunately, Mark is arrested by the Gestapo in Germany.

Meanwhile, Ann arrives at Auschwitz fearing her death is near. However, Colonel Helmut Burkhardt, the head of slave labor for a nearby factory, spots Ann and segregates her from the rest of the women. He uses Ann as his administrative assistant to help him choose Jewish women for slave labor. Soon thereafter, Burkhardt also forces her into a sexual relationship with him, believing she was mistakingly sent to Auschwitz. His plan is to have her identity get lost in the paperwork, and have her as his unwanted mistress. Ann plays the game in order to sneak food and medicine to the female inmates.

In a daring sequence of events, Mark escapes his Gestapo capturers, sneaks into Auschwitz and frees Ann.

However, their escape to the Allied-held territories is in doubt. They will have to use all their skills and knowledge to evade both their Nazi pursuers and the Allied air forces.

The Void in Justice

The third book of the trilogy involves the spy adventures of Mark Ryland and Ann Beckett. After a harrowing escape to the Allies, they travel to Paris for rest and rehabilitation.

Ann insists that they find her attackers and bring them to justice. Mark arranges to be temporarily transferred to a Navy JAG unit in Paris. Because of his fluency in German and his legal education, he begins to work on the structure of the International Military Tribunal that will ultimately prosecute high-ranking Nazis.

To their collective horror, Mark and Ann discover that the Allies have no present intent to arrest and prosecute Ann’s attackers. Mark and Ann wrangle an assignment to search for Schroeder and Burkhardt. Post-war Europe is a mess. There are hundreds of thousands of displaced and homeless people. They uncover information on Schroeder, but nothing on Burkhardt. Mark and Ann travel throughout Northern Germany tracking Schroeder. Despite interferences from the local residents, Mark and Ann find him and kill Schroeder in a wild gunfight.

The hunt for Burkhardt leads them to Rome, where they discover that a certain Catholic priest is arranging for high-level Nazis to escape the Allies.

Mark uses his connections with the Jesuits to find out how Burkhardt escaped. The trail leads to Argentina where the couple is detained by the Argentinian military. It appears that they have reached a dead end. However, Mark uses his contact with Jack Avery, a U.S. agent, who arranges for local assistance in tracking down Burkhardt. Mysteriously, Palestinian Jews contact Mark and Ann, offering to assist them in their pursuit of Burkhardt.

The road to Burkhardt leads to Northern Argentina, to the town of Jesus Maria. The couple fight with local military, police and a paramilitary group of ex-Nazis to capture Burkhardt. However, they discovered that he has been granted asylum in a local Catholic monastery. How Mark and Ann extricate Burkhardt leads to a suspenseful and surprising ending. 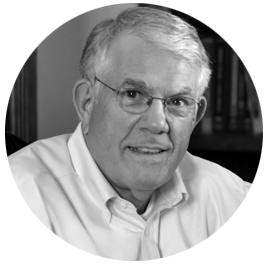 Welcome! I am a writer, avid outdoorsman, husband, father, and grandfather. I enjoy writing and have published my first book, Silence Within the Storm.

Silence Within the Storm